Many different legends circulate about the origins and symbolism of one of the most iconic nautical tattoos, and today, the swallow tattoo can mean many different things around the world 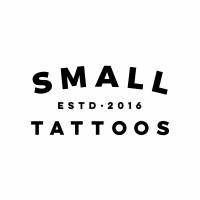 The swallows are a family of birds with pointed wings and a long forked tail, found around the world on all continents except Antarctica.

Of British origin in the early days of sailing, and one of the most iconic nautical tattoos, swallows became a traditional tattoo design in the nineteenth century, when sailors' skin provided the canvas for the majority of early tattoos. By 1900, tattoo parlors existed in almost all major port cities and it was one of the most popular motifs among sailors.

There are lots of different legends about this popular tattoo, but according to the most popular one, swallow tattoos were used historically by sailors to show off their sailing experience. Back in the day each swallow tattoo indicated that a sailor had sailed 5000 miles. The sailors would usually get the image of a barn swallow in one side of the chest with the first 5000 miles and a second matching swallow after traveling 10000 miles, usually inked on the other side of the chest, facing the first one.

Another popular legend says that the sailor would have one swallow tattooed before setting out on a journey, and the second swallow tattooed at the end of their tour of duty, upon return to their home port, making them a symbol of a successful journey.

Another belief is based on the fact that because these birds never travel far out to sea, when sailors saw a swallow they knew that land was near, carrying a message of hope.

Swallow tattoos are also associated with the idea of returning home to nest. This symbolism is rooted in a couple of ideas. First, the swallow returns to the same location every year to mate and nest, always following the same migration pattern. The second ideas is that it was believed that if a sailor drowns, swallows carry his soul home to heaven. When the swallow was crossed with a dagger through its heart, it symbolized a memorial for a friend lost at sea.

The swallow also represents love, care and affection towards family and friends, showing the loyalty of the person always returning to them.

The swallows also represent everlasting love and are associated with loyalty and fidelity. This birds choose a mate for life, and will only nest with that bird and no other. It's common to get matching tattoos of two barn swallows facing each other.

Despite the different meanings that the swallow tattoos may have, they also share the meaning attached to all bird tattoos, and is that they are a perfect symbol of freedom. Related to this, people released from prison chose to get this bird tattooed as a sign of their entrance back into society (done their bird).

In England, the swallow tattoo is a symbol of pride for the working class. It can be seen in old men who were well known hard men back in the day.

Another meaning for them in the UK when tattooed on the hands, is that the swallow tattoos mean "these fists fly," as a symbol of strength and prowess in fighting . This tattoo is common among people who used to be good fighters back in the old days.

Today, the symbol of the swallow can mean many more different things around the world, but long before the swallow became a popular tattoo motif, this bird had many different meanings in different cultures.

For instance, according to Greek mythology, the swallow was sacred to Aphrodite. It was said that dead children could revisit their homes in the form of swallows. Consequently, grieving mothers considered the bird to be sacred, as it was thought to carry the soul of their deceased children, and killing a swallow was deemed unlucky.

Similarly, in ancient Egyptian swallows were associated with stars and therefore the souls of the dead. In Egyptian love poetry, the swallow brought the first sign of a new love. According to myth, the Egyptian god Isis was said that transformed herself into a swallow at night.

During the yearly pilgrimage to the holy city of Mecca, the swallow was considered to be the symbol of faith and steadiness, helping to drop stones onto the heads of Muslims' enemies.

In classical Chinese paintings, the swallow represented the arrival of spring and happiness.

Despite a mostly favorable characterization of swallows as representing positive things, in Persia the swallow was considered a symbol of separation and loneliness, and in Japan, swallows symbolized unfaithfulness and were described in legends as flying through the house while carrying tidings of displeasure and bad luck from the gods.