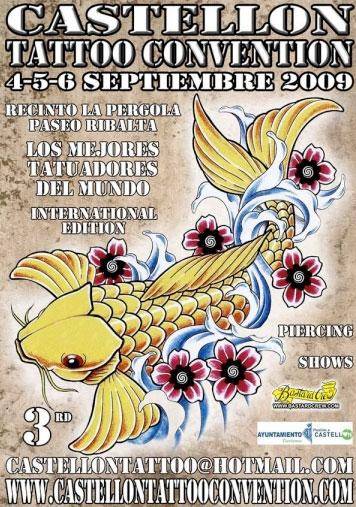 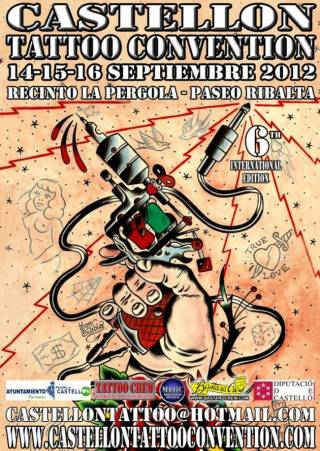 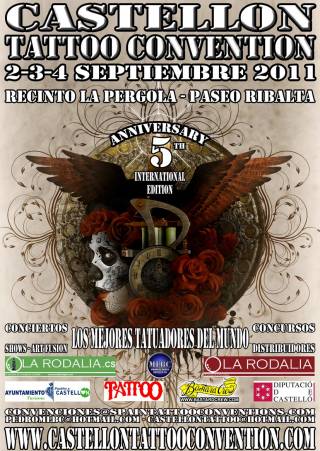 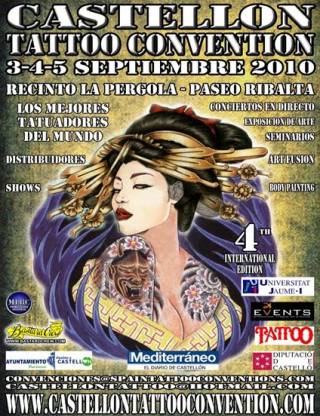 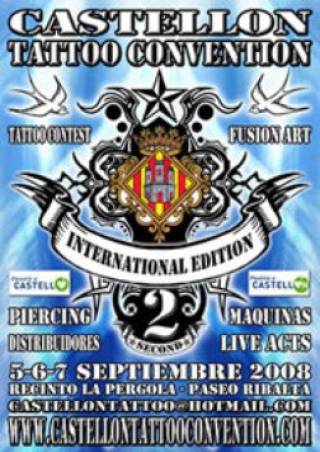 This convention with its meteoric evolution has overcome all the expectations year after year, both of the visitors and of the participants tattoo artists. After its spectacular 5 TH Anniversary last year already have taken part tattoo artists of international prestige of the 5 Continents.

During the convention there will be celebrated the ” Pin Up Meeting “ by the participation of the best Pin Ups of the whole Spain and it is a pleasure the birth announces inside the convention of the ” Rockink Music Festival “, that it will turn into one of the European Festivals of Rock & Roll of reference from its first edition. Emphasizing both events between the numerous parallel activities that should accompany the best tattoo artists of the world for three unforgettable days. Castellon is placed on the “Costa Azahar” and is one of the most important tourist destinations of Spain.

It will be celebrated in “La Pergola”, an enclosure in full downtown, suitably to shelter an event of these characteristics. For someone of the artists who have taken part throughout these years, the experience was so positive that they adopt this appointment as obligatory in his calendar of international conventions. Someone of them has managed to tattoo even in his skin the name of the convention.